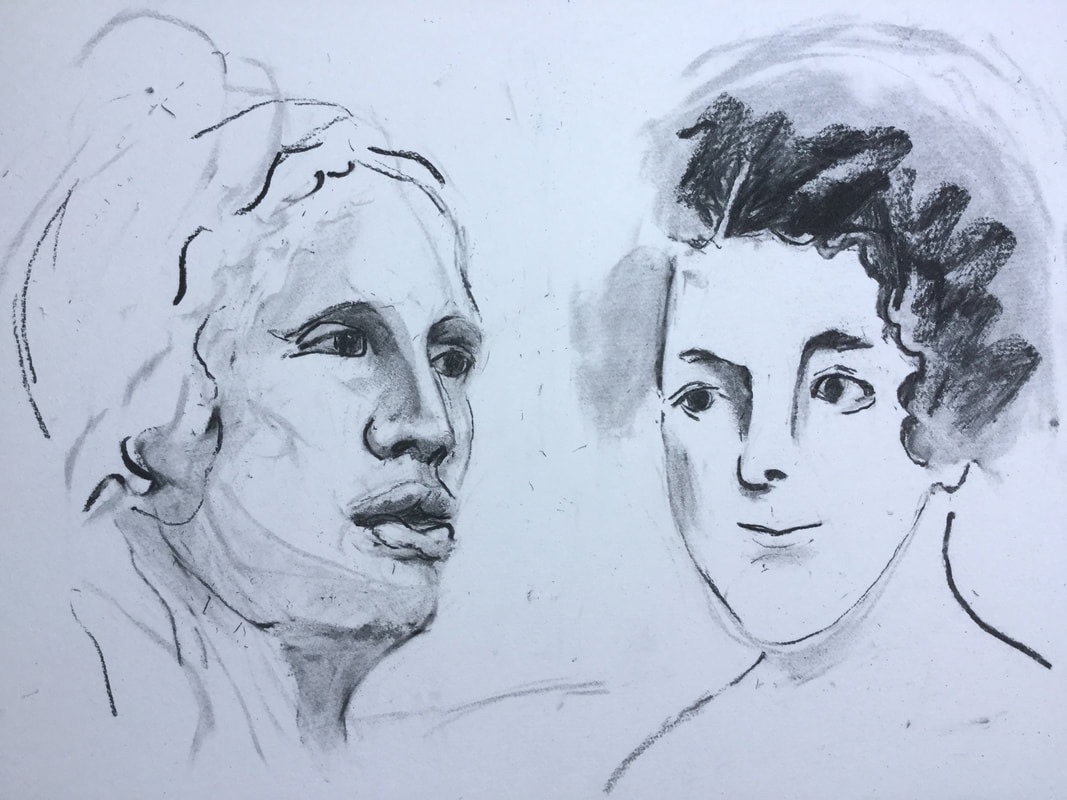 Kuramarotini and Mary Bumby. What if ? Pioneering women , wives, housekeepers and migrants.
I’ve been thinking about the pioneering women who migrated to New Zealand as wives, sisters and housekeepers. I’ve included some of my own family who migrated as settlers and missionaries in the 1830’s alongside the Great Polynesian migrations in the 10th century. I’ve been finding out about Kuramarotini and Mary Bumby - women from different cultures and centuries and both boat people.  Drawing from images of them I’ve wondered about their journeys, what they would have said to each other, and how they might have worked together. Against a background of migration , colonisation and trauma I have chosen to focus on images of theIr survival instincts and resilience.

Kuramarotini was wife to the mythical Navigator Kupe’s who discovered land after chasing a sea monster over 3 thousand miles . Their journey instigated the migration of polynesians to Aotearoa/New Zealand around the 10th century. The story goes that Kuremarotini called from the ship ‘Ao ! Ao !  Aotearoa!’ (a cloud, a cloud, a long white white cloud) at the first sign of land.

Mary Bumby left Thirsk in North Yorkshire for New Zealand to be her brothers housekeeper taking 2 hives of bees with her so she could provide her brother with honey. The honey bees went on a 5 month sea voyage with Mary from Gravesend to the Mission station at Hokianga . They arrived at a critical time in NZ history leading up to the land wars and signing of the Waitangi Treaty in 1840 which is used in modern day New Zealand to establish equality and the principle that all New Zealanders are equal under the law, but was also misused historically to privilege the British Crown and property laws which were alien to Maori culture.

One of the largest Maori signings of the Treaty took place in the Mission house in Hokianga with Mary helping to host the event.

What did she make of it? How caught up might she have been of the zeal of the missionary communities and of white privilege ? What would Kuramarotini have said and how might the women have shared their experience to balance the roles of kinship and opportunity?
I’m trusting Mary would have been proud of the Wesleyan community remaining absent at the 150 year commemorations of the Treaty in 1990 - attended by the Queen - in protest at the way in which the treaty had been dishonoured.

My paintings are spontaneous and imaginary. They are abstract and guided by the process of painting on paper and canvas alongside the stories of the women - of sea, land, clouds and bees.

Sarah trained to be a painter at St Albans and Canterbury Colleges of Art .In the mid 1980’s she spent 2 years working and exhibiting in New Zealand. This was a really exciting time to be in New Zealand . 1975 saw an uprising of Maori culture leading to the Waitangi Marches which in turn made way for the Waitangi Tribunals in 1985. The tribunals continue to enable the tangata whenua - the original people of Aotearoa New Zealand to investigate and settle some of the historic breaches of the Treaty made by the crown.

Sarah later trained as an Art Psychotherapist and a Group Analyst and has been working in the NHS for more than 30 years. She is currently developing arts therapies within the Early Intervention Psychosis Service - including taking group practice outdoors and into the elements in response to the COVID 19 pandemic 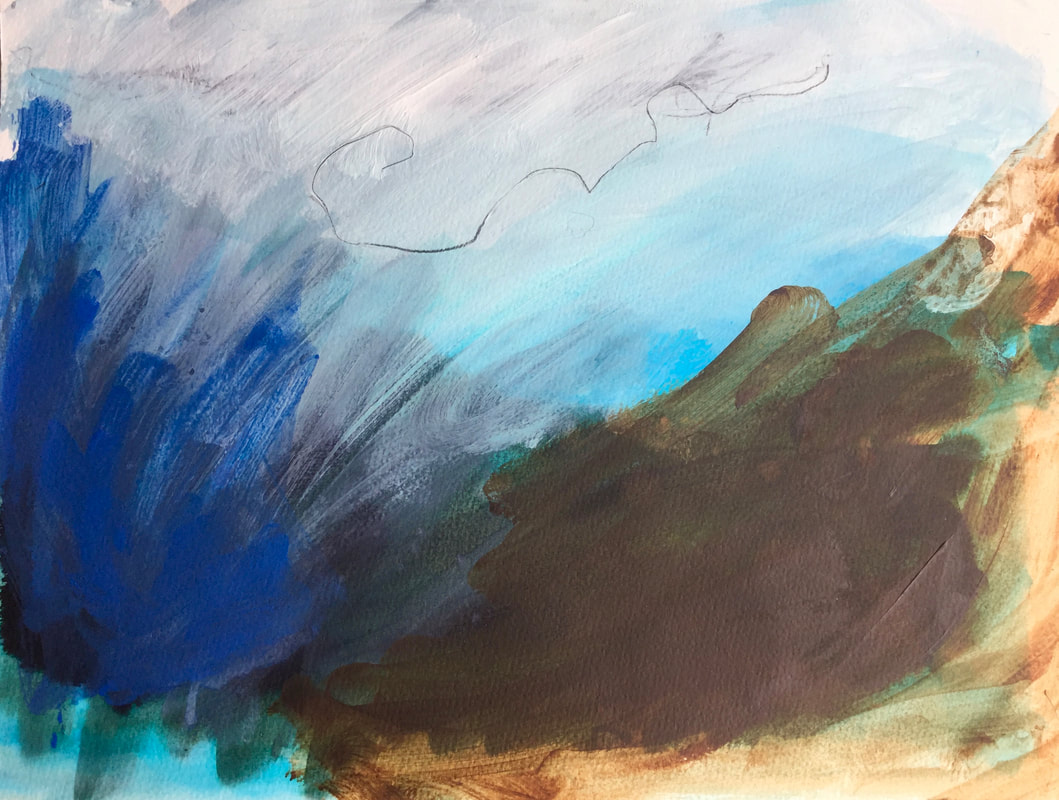 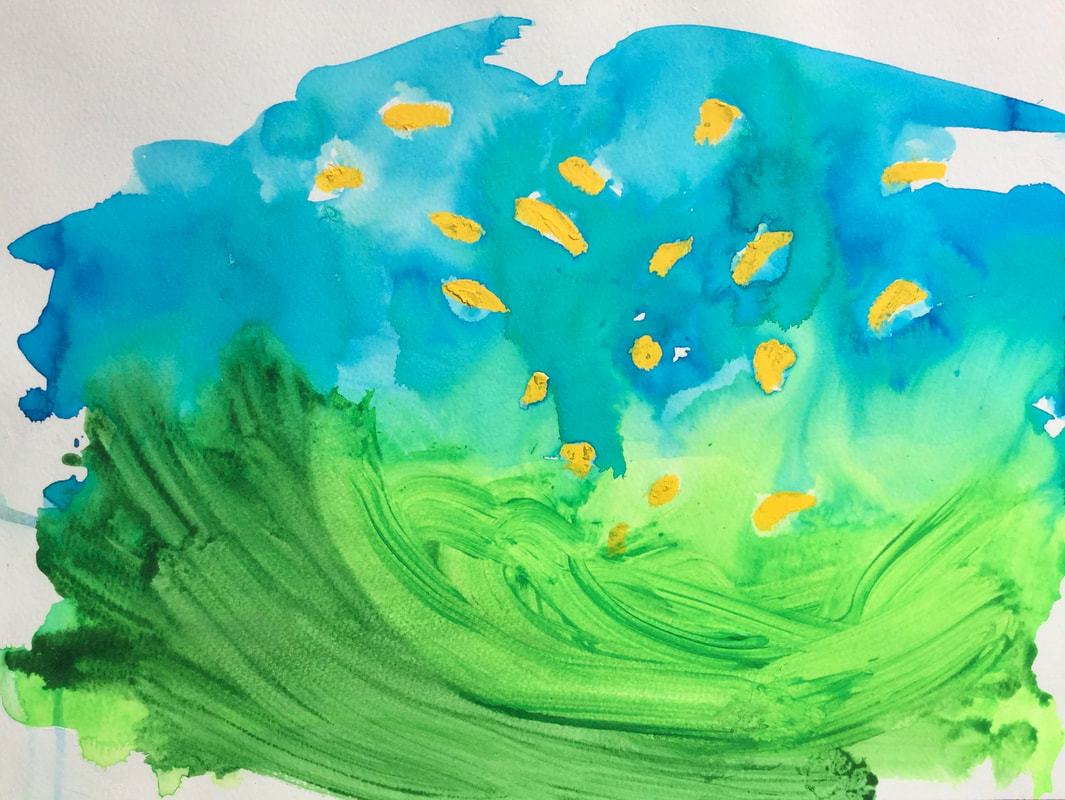 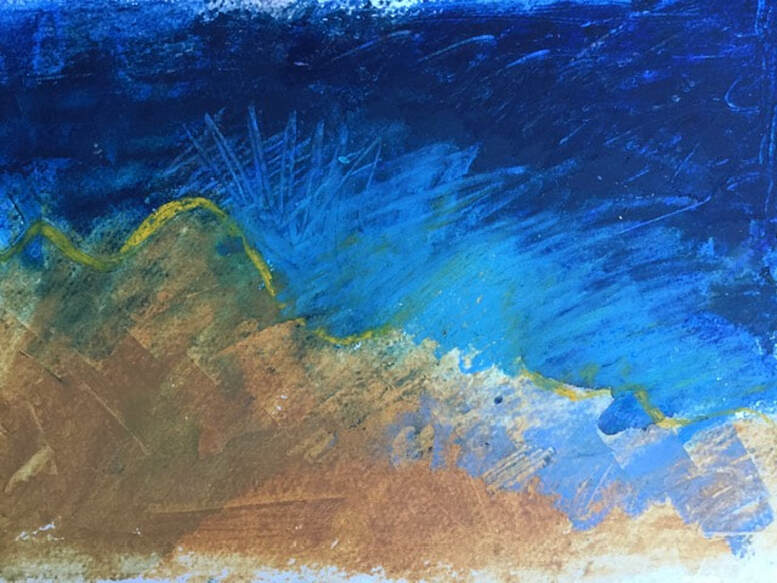